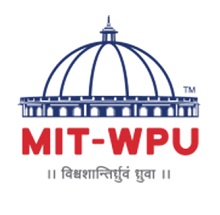 Attended Four Week AICTE approved FDP by IIT Bombay on - Use of ICT in Education for Online and Blended Learning during 2nd May 2016 to 10th July, 2016.

As a Session Chair for iPGDCon, 2015-16: This conference was organized by Singhgad College of Engineering, Pune in association with University of Pune for ME IT Students and Ph. D. Research Scholars on 29th and 30th April, 2016.

Attended the meeting of Paper Setters in the subject of Software Security of M. Tech. Computer at the office of Bharati Vidyapeeth Deemed University, Pune on 9th July, 2014.

Attended a workshop on “Conduction of Software Laboratory–I” of TE-IT New Syllabus organized by MIT Academy of Engineering, Alandi in association with University of Pune on 27th June, 2014.

As Member of Academic Advisory Committee for Sagar Institute of Research, Technology & Science, Bhopal (MP, India) from 02 May, 2014

Nominated as a reviewer committee member for Multidisciplinary Journal of Research in Engineering and Technology, Peer Reviewed International Journal, Member No. MJRET-005 on 10th April, 2014

As a Session Chair for iPGCon, 2013-14: This conference was organized by Smt. Kashibai Navale College of Engineering, Pune in association with University of Pune for ME IT Students on 4th and 5th April, 2014.

Nominated as a member of Technical Advisory Committee for Corporate Information and Computing Services (CICS) Department of MAEER’s MIT Campus on 21st March, 2014.

As External Examiner at Bharti Vidyapeeth Deemed University College of Engineering for the Subject Advanced DBMS of M.Tech. (Comp) on 6th January, 2014.

Organizing Co-Chair for the National Conference on “Information Theory and Communication Networks” NCITCN-2014 at MITCOE, Pune on 3rd and 4th January, 2014

As Technical Session Chair for the session on “Wireless Sensor Networks and Ad-hoc Networks” in National Conference on “Information Theory and Communication Networks” NCITCN-2014 at MITCOE, Pune on 3rd and 4th January, 2014

Participated in STTP on “Object Oriented Analysis and Design using IBM RSA” organized by MIT College of Engineering, Pune and Sponsored by CSI and University of Pune during 4th to 8th September, 2012.

Member of Committee appointed by the KJ College of Engineering & Management Research, Pune for physical verification of the materials supplied by the vendor 3cit to the Computer Engineering Department of TCOER and KJCOEMR, Pune.

System In-charge of the Institute and CPC (Centre for Professional Courses): Handled all technical and support activities of the Institute. Signed MoU with Oracle India, Career Forum, Microsoft Academy and giving technical support to run their professional courses for the students of Bharati Vidyapeeth Deemed University, College of Engineering and outside. Also apart from regular academics handled day-to-day technical activities and worked on innovative technology development and implementation like online feedback of the students, videoconferencing, etc.

Member of Technical Committee for Bharatiyam (Techno-Cultural Event of the BVDUCOE) during the year 2009 and 2011: Handled the technical activities of the event.

Lead member of Technical Support team for the UGC-AIU All India Vice Chancellors’ Conference and 85th Annual Meeting of Association of Indian Universities, New Delhi, 12-14 November 2010: Venue: Bharati Vidyapeeth University, Pune-Satara Road, Pune – 411 043, the responsibility of providing overall technical support was given to our Institute by the University authorities and organizers of the conference.

Active member of Committee for Institutional Eligibility Proposal and Institutional Development Proposal: forwarded in August 2010 to NPIU (National Project Implementation Unit to fetch grants for private un-aided colleges under Sub Component 1.1: Strengthening Institutions to improve Learning Outcomes and Employability of Graduates. In that the institute has passed the eligibility criteria.

Lead member of AICTE Approval Process Committee for the Academic year 2010-11 and 2011-12: In BVDUCOE, Pune handled the responsibility of completing the Online Approval Process for Under Graduate and Post Graduate Degree Level Courses, Approval of Increase in Intake and Additional Courses along with filling up of online data for the Approval Process. Completed the work before last date given by AICTE.

Participated in a Mission 10X 5 days workshop from 6th October to 10th October 2009: Conducted by Bharati Vidyapeeth’s College of Engineering for Women at Pune by WIPRO and ISTE (Indian Society for Technical Education)

Member of UGC Review Report Committee regarding Deemed University Reviews in October 2009: The responsibility of preparing the report of various constituent units was given to our Institute by the University Authorities.

As a Project Lead for Unified Hybrid WAN Project in The Times of India, Pune: This project included removing of existing Lucent patch panels and complete restructuring of unified cabling. Identified all the leased lines and terminated on the Modems. Installed and Configured the Router Cisco 3640 with Eight WAN Ports. Installed 20 KVA TATA Libert UPS and done the Electrical Cabling using Elcom Spike Protectors. The PTI Project Service is installed using Dish Antenna and RF Receiver. The Niti telecom software is installed and configured for the News Services.